This project was a renovation/addition encompassed 58,000 square feet of renovation and 4,000 square feet of addition.  The exhibit designers, C7A, developed the theming to improve on the live animal displays by adding new interactives, improved lighting, and making use of modern media and graphics.  As stated by C7A, the exhibits interpret the journey from intercoastal North Carolina, through wetlands, marshes, estuaries, and out to the sea.  A transformed lobby and admissions area lead to galleries that focus on freshwater and ocean habitats, including a shipwreck-themed immersive gallery and a new Jellyfish Gallery.  New augmented reality allows visitors to access additional information, including videos and interactive displays on their phones and tablets.

The existing facility was a dated and poorly maintained building that was in desperate need of this renovation.  The project transformed the building into a sought-after state of the art attraction.  The scope of work included a reworked sales center to provide a safer ticket sales operation and supporting offices.  The entry vestibule received a new reception desk and large augmented reality display.  New galleries included Seven Rivers, Beach, Shipwreck, USS Monitor and Jelly Exhibit.  Renovated galleries included Wetlands, Graveyard of the Atlantic and Touch Tanks.  The project also included an upgrade for the Neptune’s Theater and a new gift shop. 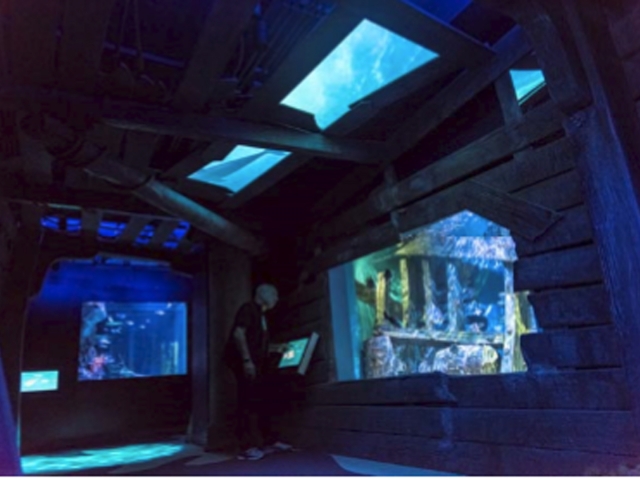 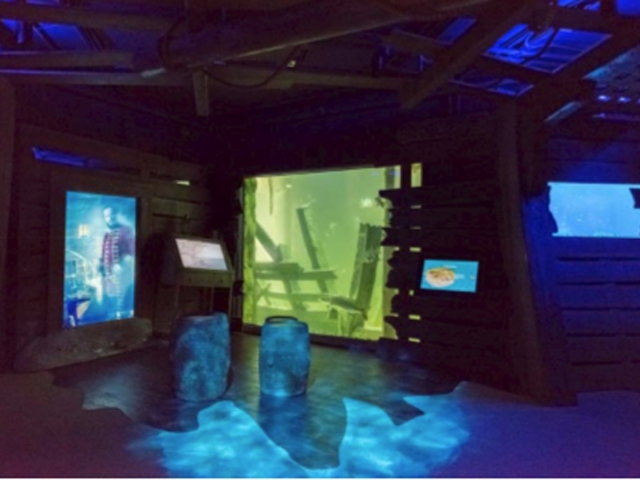 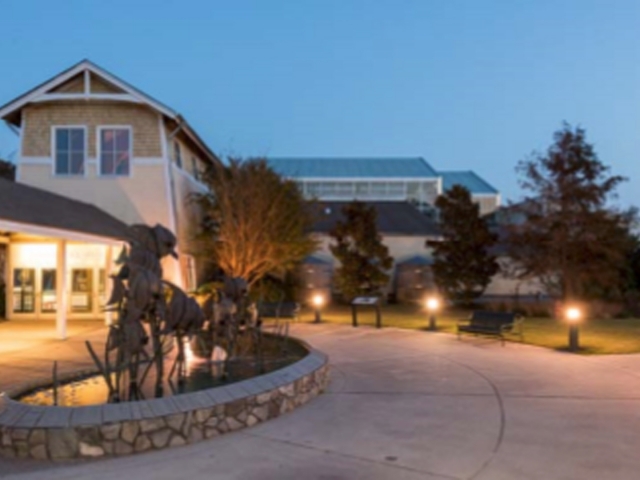 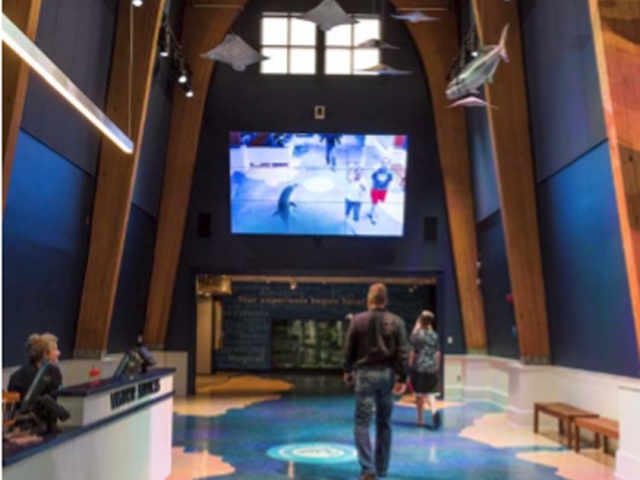